How to Install Git on Debian 11

Git is a DevOps tool used to manage the source code on small or large projects.

The open-source project was initially developed in 2005 by Linus Torvalds.

It lets you perform code management tasks such as reverting to previous versions, branching, etc.

There may be many developers working on software. Git allows you to track the commits done in branches before merging them into the master for release.

In this tutorial, you learn how to install and configure Git on Debian 11 server.

Now, you can install Git package from Debian's APT repository

Once the installation is done, check the Git version-

The output can show that you have installed Git version 2.30.2

You can also install Git from the source, which is a more flexible method. It allows you to have the latest version of the Git repository.

Install all the Git dependencies -

After the installation is complete, go to the Git project hosted on Github.

Go to the 'Master' branch and select the 'Tags' link.

Choose the latest Git option from the top of the panel.

Avoid selecting the release candidate version that has the suffix rc. It is a beta version which may not be that stable.

You can select the latest release mentioned on the menu. For this tutorial, we use Git v2.33.0, which we install on Debian. 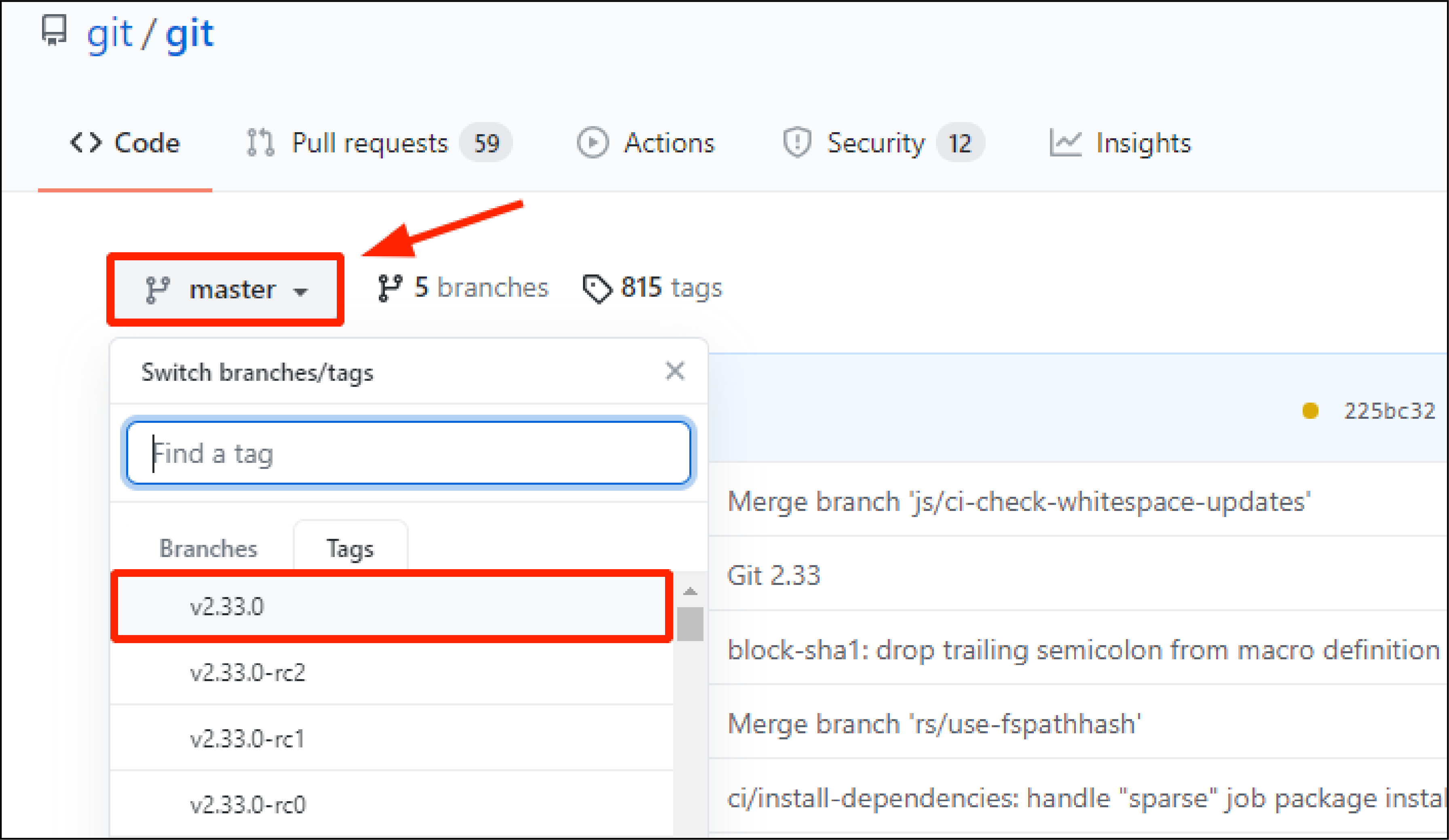 On the Debian 11 server, download the zip file using the wget command -

Now you can unzip the compressed file.

Navigate into the uncompressed directory with the following command -

Install the file from the source using the following commands:

After the installation, you can verify that you now have the latest version of Git.

How to Set Up Git

Now, we have Git installed on Debian 11 Server. You have to set up Git, so that commit messages have the correct information.

You have to add the name and email address embedded in the commit messages. To do so, run the following git config commands.

To verify that the configuration has been set up, run the command shown below -

The details are written in the ~/.gitconfig file. You can confirm the details by viewing the file.

Git allows programmers to collaborate on the source code during software development.

It supports distributed non-linear workflows. Such workflows may have thousands of parallel branches running on different systems.

You can track the changes in any set of files using Git. It lets you review incorrect commits and revert to a previous version.

The tutorial has covered how to set up Git for Debian 11. You can use the two methods to install and then configure Git on the Debian operating system.

For more tutorials on Debian, check out CloudPanel tutorials.

In this tutorial, I will explain how to add PHP 8.1 to your existing CloudPanel installation. The newest CloudPanel version is being shipped with PHP 8.1.

How to Add User to Sudoers in Debian

The tutorial shows how to add users to sudoers and sudo group in Debian.

How to Improve Security in Cloud Computing?
Deploy CloudPanel For Free! Get Started For Free!